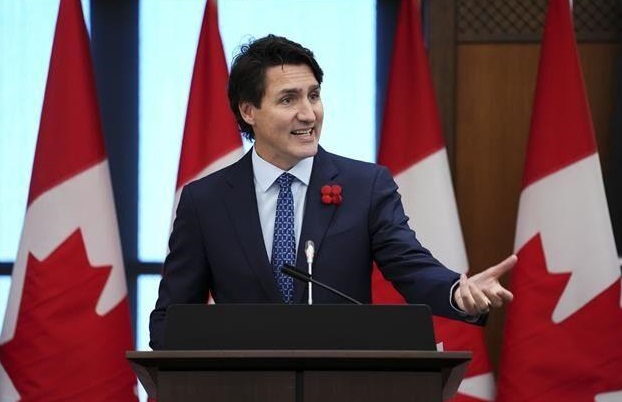 During these meetings, the leaders discussed a range of shared bilateral values as well as economic and security interests.

The Prime Minister thanked the congressional leaders for their support in advocating for the release of Canadians Michael Kovrig and Michael Spavor, who were detained arbitrarily in China, said a press release.

He underlined that their support exemplified the strong bilateral relationship between Canada and the U.S., built over the past 150 years. The Prime Minister highlighted that this relationship is rooted in our shared history and geography, extensive people-to-people ties, economic integration – including through the Canada-United States-Mexico Agreement (CUSMA), close security cooperation, and a wide range of social, economic, and cultural ties.

His counterparts noted with appreciation that Canada has always stood shoulder to shoulder with the U.S. – from our close cooperation after 9/11, and the warm hospitality shown to stranded Americans in Gander, Newfoundland, and Labrador, to our shared sacrifices on Juno Beach in June 1944.

The leaders discussed our shared interests internationally, including the importance of ongoing collaboration in advocating for democracy, human rights, and the rule of law on the world stage. The Prime Minister and congressional leaders discussed a range of global issues, including China, Haiti, and the importance of working together to ensure a free and open Indo-Pacific.

They noted the close bilateral cooperation between Canada and the U.S. during the COVID-19 pandemic, particularly with respect to our shared border, and underlined the contributions made and the leadership demonstrated by both countries in the global fight against the pandemic.

The Prime Minister referred to his recent participation in the United Nations climate summit in Glasgow, and the important commitments made there to reach net-zero emissions economies by 2050 – from meeting our respective enhanced 2030 greenhouse gas reduction targets and reaching net-zero electricity by 2035, to meeting commitments under the Global Methane Pledge, which aims to help keep the goal of limiting warming to 1.5 degrees Celsius within reach. He also referenced the call at COP26 for 60 per cent of the world’s emissions to be covered by a price on carbon pollution by 2030 and stressed Canada’s intention to build on this initiative.

The Prime Minister underscored the importance of the Canada-U.S. economic relationship and the need to continue working together to deepen our economic cooperation, particularly as we seek to build enhanced supply chain security and resilience bilaterally and globally. He emphasized the need to build resilience against global challenges into our shared supply chains to achieve mutual goals, such as supporting the electrification of the transportation sector, meeting the increasing demand for zero-emission vehicles, creating good middle class jobs, and protecting supply chains. The Prime Minister warned that if Canada and the U.S. do not approach the next generation of automotive production together, it will only benefit offshore competition.

Trudeau also discussed the North American Leaders’ Summit taking place today and stressed the importance of reinforcing trilateral dialogue on a range of shared priorities, including ending the fight against COVID-19 and enhancing trilateral economic cooperation, including when it comes to the auto sector, climate action, migration, and shared security issues.

He thanked his hosts for productive meetings. The leaders looked forward to finding solutions to our shared challenges that contribute to building back better for both Canada and the U.S. and strengthening our relationship as friends, allies, and partners.