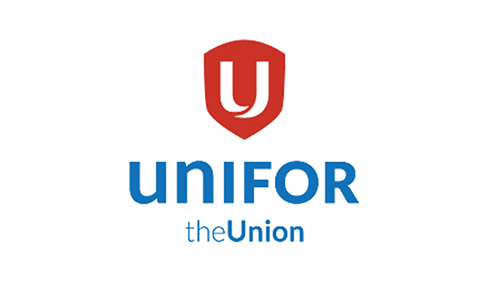 Unifor members are mobilizing to support education workers’ bargaining demands and right to strike on Friday, November 4, 2022, following the disgraceful passage of Bill 28 in the Ontario Legislature.

“We will confront this unjust government action directly. The Ontario Government has shown a total disregard for workers’ rights with the pre-emptive use of the Notwithstanding Clause to refuse to negotiate, prohibit strike action and impose a contract. Unifor will remain in solidarity with CUPE education workers until a fair deal is negotiated,” said Lana Payne, Unifor National President.

On Thursday, November 3, 2022, Unifor notified its local unions with school board members that the union called on them to respect picket lines and will support those who face loss of pay or discipline. CUPE’s bargaining directly affects 800 Unifor members at four school boards in the province.

“Our members work side by side with CUPE members every day, and it’s unconscionable that we would cross picket lines during this unprecedented assault on collective bargaining rights. We are respecting picket lines and calling for a fair deal for CUPE members across Ontario,” continued Payne.

The union has encouraged its 163,000 members in Ontario to join CUPE education workers’ picket lines in communities across the province. Ontario locals joined a province-wide call on Thursday afternoon to discuss picketing plans.

“Ford’s government has been quickly eroding workers’ rights in Ontario since first elected in 2018. By clawing back labour law improvements, by attacking collective bargaining rights with Bill 124, and now, with the most egregious removal of the fundamental right to strike that Canada has ever seen,” said Naureen Rizvi, Unifor Ontario Regional Director. “Ford and Lecce must now revoke this Bill before they forever degrade the Charter-protect rights of workers.”

Unifor members can support CUPE Ontario educational workers by participating in picket lines on Friday November 4. CUPE Ontario’s picket locator and other resources are available on the Unifor website.

CUPE Ontario education workers earn an average of $39,000, 84% earn less than $50,000 per year, more than half are required to work at least one additional job to make ends meet. Education workers wages were cut by more than 11% (in real terms) from 2012 to 2021 through legislated wage freezes and restrictions on wage increases.

Unifor is Canada’s largest union in the private sector, representing 315,000 workers in every major area of the economy, including 800 workers in Ontario’s public and catholic school boards. The union advocates for all working people and their rights, fights for equality and social justice in Canada and abroad, and strives to create progressive change for a better future.