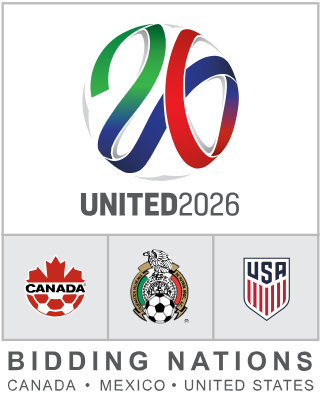 Canada, Mexico, and the United States have joined together to deliver a United Bid that offers FIFA and its member associations the power of unity, the promise of certainty, and the potential of extraordinary opportunity – for the EVENT, the GAME, the FANS, and the WORLD.

On Thursday, nearly four years to the day after it was announced that the men’s FIFA World Cup would be returning to the United States and Mexico (and coming to Canada for the first time) in 2026, 16 host cities were announced as venues for the first-ever 48-team tournament.

11 American venues were selected, with five located in the eastern third (despite FIFA’s interpretation of Atlanta), three in the central part of the country, and three more out west. Two Canadian cities (Toronto and Vancouver) will host World Cup games for the first time. A pair of Mexican cities (Mexico City and Guadalajara) are set to host the World Cup for the third time (1970 and 1986) while Monterrey was chosen for the second time.

With 23 venues vying for 16 spots, a number of notable cities (and venues) were snubbed. Washington D.C., the nation’s capital (in a joint-bid with Baltimore, where games would have been played), was not chosen.

The 2026 World Cup will be the first tournament featuring 48 teams split in 16 groups of three. Each team will play two group stage games (down one from three), with the 1st- and 2nd-place finishers advancing to the round of 32. It will also be the first World Cup played across three different host nations.