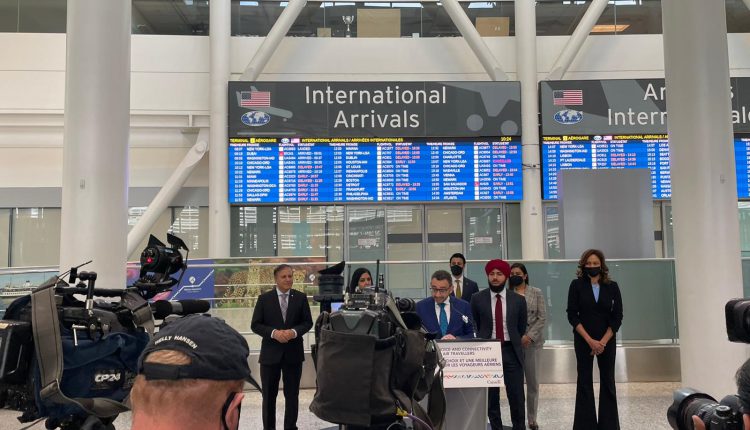 The Minister of Transport, the Honourable Omar Alghabra, has announced the recent conclusion of an expanded air transport agreement between Canada and India.

The expanded agreement allows designated airlines to operate an unlimited number of flights between the two countries. The previous agreement limited each country to 35 flights per week.

This significant move will allow airlines of Canada and India to better respond to the needs of the Canada-India air transport market. Going forward, officials of both countries will remain in contact to discuss further expansion of the agreement.

The new rights under the expanded agreement are available for use by airlines immediately.

“By making the movement of goods and people faster and easier, this expanded agreement will continue to facilitate trade and investment between Canada and India and help our businesses grow and succeed,” Alghabra said.